Anike has written and starred in ensemble play No Milk Today, featured at the Reedsburg Fermentation Fest and notable solo shows “Arn’t I a Woman; the Story of Sojourner Truth” and “Different Voices” an MCLE accredited and engaging live performance piece that explores the elimination of implicit bias in the legal profession. Anike has toured her productions across the country as well as for the Edinburgh (Scotland) Fringe Festival; an on a national Nigerian tour sponsored by the 7-UP Bottling Company. Jorge has been a working actor for over 25 years in television, film, theater, commercials and Voiceover. Credits include co-starring role in the Hulu series “Reboot,” series regular in Sony “Tristar”/Telemundo’s “​Angeles”, Showtime’s “​Resurrection Blvd”,  CineLatino/Netflix “El Desconocido”, and in Stage 13/Warner Bros indie feature “La Quinceañera”. Mauricio has over 50 theater credits. His notable theater performances include playing Bernardo in “West Side Story”, El Gallo in the “Fantasticks”, and more. Mauricio is co-owner of True Form Films, a production company he runs with wife Yeniffer Behrens and a new teaching online platform Shortcut2hollywood which teaches practical tools to help aspiring actors become working actors. 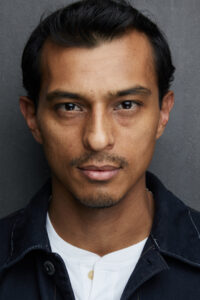 Ricardo Cisneros was born in San Salvador to Salvadoran parents. He was raised in the US and Canada before moving to Los Angeles where he became an actor and writer, known for “There’s a Money Thief,” “How Could I Forget” and Tolero.  He is known for Showtime's “Superpumped,” “Shameless”  and Marvel's “Agents of S.H.I.E.L.D.” 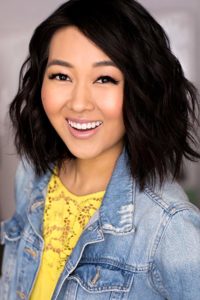 Angie is known for starring in “K Town Cowboys” (SXSW, LAAPFF) alongside Ken Jeong, Daniel Dae Kim, and Eric Roberts followed by playing the lead in an HBO indie short called “The Last Song”  alongside seasoned veteran Ernie Hudson. Angie acted in the highly awarded and controversial SPA NIGHT (premiering at Sundance) and is featured in the short film “America; I Too”  You can catch her lately in the sound booth, dubbing various foreign Netflix projects, and watch her in “How I Met Your Father”. Emmanuel’s TV credits include "Russian Doll" (Netflix), "Blindspot" (NBC), and "Penny Dreadful: City of Angels" (Showtime) and he is a featured dancer in Lin Manuel Miranda's feature film “In the Heights. He debuted on Broadway with the role of Cuban Musician Kiki in “ON YOUR FEET!” The Musical about the lives and work of Gloria and Emilio Estefan. Emanuel is a Puerto Rican native, a graduate of NYU Tisch School of the Arts and three-time World Salsa champion. Jailene is known for playing Vanessa in award-winning television show “The Good Place,” alongside Kristen Bell and Ted Danson and for her role as Amanda in Avenida Production’s, “The Delivery man.” After participating in the Coalition for Humane Immigrant Rights (CHIRLA) Internship program and becoming a CHIRLA member, Jailene was cast in CHIRLA film “America; I Too” where she starred as Maya, alongside Barkhad Abdi and Jose Diaz. Sisters Toni and Ryan Urquidi have a love for words, playing pretend, making up songs, and being sweet sisters to each other and their younger siblings. Both girls are intelligent, creative, fun and were loved by all on the “America’s Family” set. 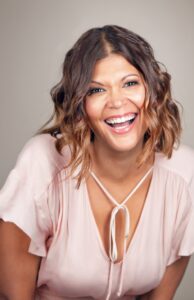 Aida Rodriguez is an Afro-Latina, taking the world of entertainment by storm with her wit, strong performances and charismatic personality.  Making history as the first Latina to appear in two comedy specials airing in one month on both HBO and Showtime. Rodriguez was handpicked by director Taylor Hackford for his film The Comedian starring Robert De Niro. Aida’s half-hour special was featured as part of Tiffany Haddish's breakout series TheyReady which was executive produced by Haddish, Wanda Sykes and Paige Hurwitz for Netflix.  She is currently in development on her half-hour scripted series with WarnerMedia, for which she will write, executive produce and star in. Rodriguez is also developing an animated series with ITV Studios and Nick Weidenfeld.  She is producing her first one hour special (also with Warner Media) FIGHTING WORDS for HBO Max.